Computers store numbers in binary form using a fixed number of bits. For example, Java will store integers using 32 bits (when using the int type). This can be wasteful when you expect most integers to be small. For example, maybe most of your integers are smaller than 8. In such a case, a unary encoding can be preferable. In one form of unary encoding, to store the integer x, we first write x zeroes followed by the integer 1. The following table illustrates the idea:

A common optimization is to use a table look-up. Indeed, we can construct a table with 256 entries where, for each byte value, we store the number of 1s and their position. (See code sample.) This can be several times faster.

According to my tests, on recent Intel processors, the latter approach is much faster, decoding integers at speeds of over 800 millions integers per second, being roughly twice as fast as a table-based approach. See the next figure. 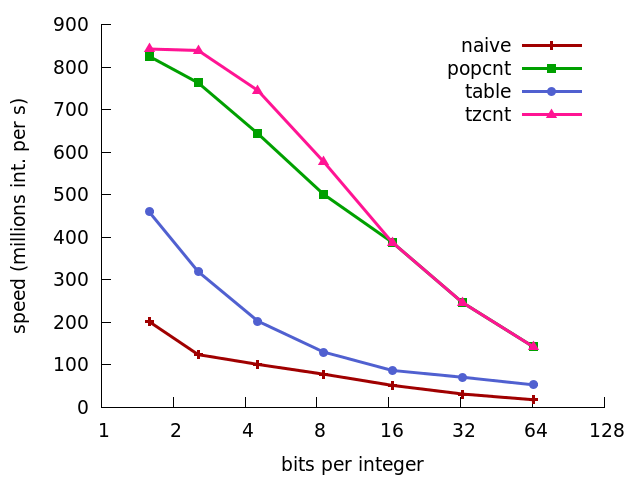 As usual, my source code is freely available.